The Province of Groningen; an enterprising and innovative province

The Province of Groningen has a population of around 579,000 inhabitants, dispersed over 23 municipalities. The Province looks back upon a rich history, which stretches back to the early medieval period and – as recent archaeological excavations have shown – even beyond. Today it is a dynamic, enterprising and innovating province, with lots of space for nature and recreation.
Major sectors in Groningen in terms of production are industry, business services, mineral extraction and information and communication (CBS Stat line). In terms of employment the top five sectors are (1) health care, (2) trade, (3) business services (4) Industry and (5) education .
Of the Northern provinces’ (Groningen, Friesland, and Drenthe) regional strengths, energy and life sciences are most prominently represented in Groningen. Major companies in energy are Gasunie (gas transport and infrastructure) and GasTerra (gas trading). Together with Amsterdam, Groningen holds the second position nationally in the LS field in terms of number of companies, highly educated employees, and turnover of “dedicated” LS companies (Knowledge intensive, specialised companies, highly active in R&D, outcomes of which are both used internally as well as sold for use in external processes, products and/or services).

Amidst the green expanses of the Province lies its economic hart: the city of Groningen, home to more than 189,000 inhabitants.Here you find the city’s famous state university, several colleges of higher education, the university medical centre, the headquarters of Gasunie and a large number of authorities and service providers. Moreover, with its main port Eemshaven and the harbour area of Delfzijl the Province of Groningen has a thriving economic growth potential at its disposal. A further major pillar of the Province’s economy is agriculture.

The city of Groningen is the economic center of the province. In the 14th century, the city became a member of the Hanseatic League. Currently some of the city’s major employers are University Medical Center Groningen with 10,949 employees, University of Groningen with 5,238 employees, Municipality of Groningen with 3,485 employees, Education Implementation Service (DUO) with 2,000 employees, and Gasunie with 1,457 employees.
The other economically important area is the Ems delta with the sea ports of Delfzijl and Eemshaven In 2012, a total of 9,199 cargo vessels arrived at the two Groningen Seaports combined, 4,593 sea vessels and 4,606 inland vessels. The ports had a cargo throughput of 8,705,000 tonnes. The chemical industry near Delfzijl is located at the Chemie Park in Farmsum, with factories of AkzoNobel, Lubrizol, and Teijin Aramid. Both GDF Suez and Nuon Energy have a natural gas-fired power plant in Eemshaven, and Essent is building a coal-fired power plant there. Recently Google established a major server in the area.

“Region of Smart Factories” (RoSF) is an initiative of a network of companies and knowledge institutes in the Northern Netherlands for the development of new technologies to substantially improve the productivity of the manufacturing industry in the years to come. This group comprises large multinationals such as Fokker and Philips and many regional SME companies, knowledge institutes including SRON and ASTRON and the IBM Center for Exascale Technology, Groningen University and the three northern Universities of Applied Sciences. A number of parties from the eastern Netherlands, including TenCate and University of Twente, have also joined the group. The programme was set up by the NOM in partnership with Sensor Universe.
Groningen is also involved in the Mechatronic-KMU project, which is highly successful and is considered to be an interregional best practice. This is an interregional project from the Dutch and German border region where over 230 companies from the manufacturing industry have participated to implement ICT solutions for process optimisation. The project addresses all cycles of the implementation process, from early opportunity seeking to actual process optimisation.

Energy is one of the Province’s key concerns for the province Groningen. One will immediately think of energy and natural gas. But energy is more than natural gas alone. At present Groningen is are working on the development and production of sustainable energies.

Groningen: Part of a larger whole

The Province closely cooperates with the provincial municipalities, its neighbouring provinces and foreign state authorities. The three Northern Netherlands provinces Groningen, Drenthe and Fryslân have joined forces in a cooperative partnership named Samenwerkingsverband Noord-Nederland (SNN). Furthermore, the Province takes part in international cooperative partnerships with Northern Germany and Sweden.
The three Northern provinces concentrate mainly on strengthening collaboration with Northeast Europe, which has been identified as a focus region for international collaboration. This region is brimming with opportunities for the Northern Netherlands economy. It is an example region in terms of growth, innovation and education, and offers all kinds of opportunities and possibilities for collaboration for the five economic clusters being developed in the Northern Netherlands (energy, sensor technology, water technology, agribusiness and healthy ageing). 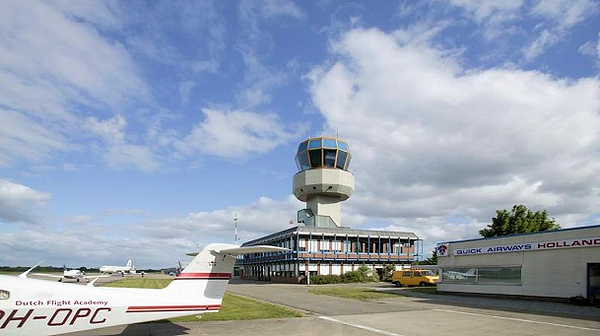 Most of the public research is conducted by research institutes with strong relations to the university and the college. The knowledge base in energy and LS is manifested in the Energy Delta Research Centre, the Energy Centre of Applied Research and Innovation, various institutes at University Medical Centre Groningen (UMCG), the Centre of Applied Research and Innovation (Care Rehabilitation, Education & Sport), and the Institute for LS and Technology. Another important public research institute is TNO-ICT, which has co-locations in Groningen, Enschede, and Delft.
Energy Valley is a foundation with over 130 members (research institutes, companies, and government). Its ambition is to make the region an internationally renowned energy hub. It does this by working together in research and innovation, among other areas. Gasunie Research, one of the world’s leading natural gas technology research centres, is located in Groningen.